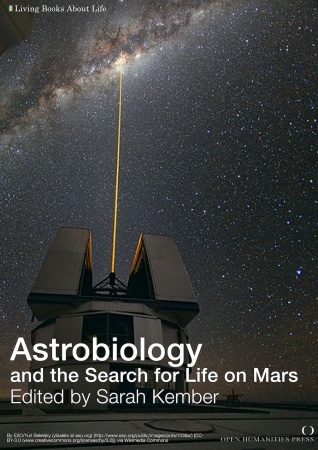 and The Search for Life on Mars

Introduction: What is Life?

J. B. S. Haldane (1949) and Erwin Schrödinger (1944), two of the twentieth century’s most influential scientists, posed the direct question, ‘what is life?’ and declared that it was a question unlikely to find an answer. Life, they suggested, might exceed the ability of science to represent it and even though the sciences of biology, physics and chemistry might usefully describe life’s structures, systems and processes, those sciences should not seek to reduce it to the sum of its parts. While Schrödinger drew attention to the physical structure of living matter, including especially the cell, Haldane asserted that ‘what is common to life is the chemical events’ (1949: 59) and so therefore life might be defined, though not reduced, to ‘a pattern of chemical processes’ (62) involving the use of oxygen, enzymes and so on. (more)

'Here are phenomena that are passing strange'

'An aroma of actuality' - Lowell vs. Wallace on the Nature of Knowledge and Life

From Martians with- to Martians as- Microbes

Percival Lowell
Mars as the Abode of Life
Gilbert V. Levin
The Labeled Release Experiment – Past and Future

Chris P. McKay
What Is Life -- and How Do We Search for It in Other Worlds?
Y. N. Zhuravlev, V. A. Avetisov
The Definition of Life in the Context of Its Origin

Astrobiology from the Perspective of Sustainability

Sarah Kember
Creative Evolution?: The Quest for Life (On Mars)