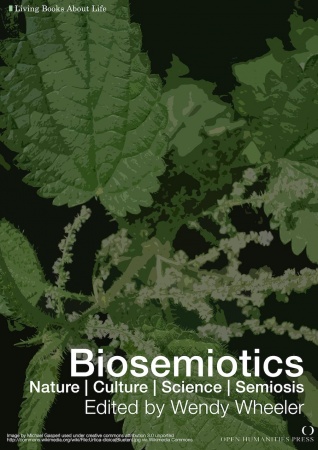 I’m pleased to be able to welcome readers to this Living Book titled Biosemiotics: Nature/Culture/Science/Semiosis. Biosemiotics – as its name suggests – is committed to science-humanities interdisciplinarity. As readers of these Living Books will doubtless know, this kind of interdisciplinarity is no mean task, but we have come a long way since C. P. Snow complained that humanities scholars knew nothing of the Second Law of Thermodynamics (Snow, 1998: 15). The sciences of modernity developed their methodological strengths and practical successes on the basis of ‘objective’1 observation and measurement, drawing on forms of description (preferentially mathematical models) as far removed as possible (which may not be that far (Pimm, 1981: 47-50; Manin, 2007; Lakoff & Núñez, 2000)) from the poetic, metaphor-rich and intersubjective language and the hermeneutical assumptions of the humanities. Although natural and cultural evolution (and, in the latter, the arts and humanities and the sciences) equally depend on continuities as well as what Thomas Kuhn called ‘revolutionary’ alterations,2 in the end both the practice of science and judgments concerning radical revisions of theory belong (as Kuhn noted in his 1969 ‘Postscript’) to the relevant scientific community (Kuhn, 1996). (more...)