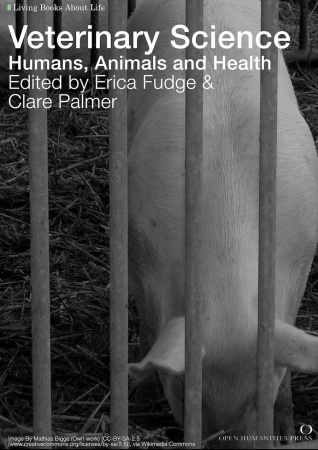 The shared physicality of humans and animals -- as suggested by this early modern advice book on animal health -- was widely accepted in the seventeenth century. As historian Louise Hill Curth has noted, in this period ‘Almost all of the procedures that were used for humans were also applied to animals’ (Curth, 2010: 114). Since then, however, human and animal medicine appears to have taken a more dualistic form, with human medical care on one side and animal veterinary care on the other. The establishment of veterinary science as a separate profession, which took place during the nineteenth century, signalled that a very different model of care was -- and should be -- available for humans than for animals. A vet was never a human doctor, and vice versa. But this separation has rarely been more than skin-deep. Taking a close look at contemporary veterinary science, as we do in this living book, shows how difficult it is to maintain this separation. Everywhere humans and animals are entangled: we choose to share our homes with animals; we eat them; they both sicken and cure us. Equally, many animals rely on us for food and health; they invade ‘our’ spaces; they eat our (fleshy and other) waste; they suffer because of our illnesses. (more...)

Abigail Woods and Stephen Matthews
“Little, if at all, Removed from the Illiterate Farrier or Cow-leech”: The English Veterinary Surgeon, c.1860-1885, and the Campaign for Veterinary Reform
Clare Palmer
Animals in Anglo-American Philosophy
Stefan Gunnarsson
The Conceptualisation of Health and Disease in Veterinary Medicine
Temple Grandin and Mark Deesing
Distress in Animals: Is it Fear, Pain, or Physical Stress
John Law
Care and Killing: Tensions in Veterinary Practice image reproduced with permission of Chris Chapman

b) Domesticity and Order

Dipika Kadaba
Rehabilitation of a Paraplegic Kitten with Acute Depression
Douglas Thamm and Steven Dow
How Companion Animals Contribute to the Fight Against Cancer in Humans
Laura Ducceschi, Nicole Green and Crystal Miller Spiegel
Dying to Learn: The Supply and Use of Companion Animals in US Colleges and Universities
J. K. Kirkwood
Animals at Home – Pets as Pests: A Review